Every time you search on Google, there are pages upon pages of helpful information. But how does Google Search work, what decides which listings will come up first, and how are these listings displayed?

The knowledge graph shows how things are connected.  You can get quick answers to questions like “What is the Hoover Dam?”, “How tall is it?”, “When was it first opened?”

When you search for an address, you get a clickable, draggable map, making it easy to explore.

Content from 3rd-party websites that Google deems relevant to answering a specific question.

A list or group of connected people, places, or things.

What the result page looks like largely depends on what you are searching for – your search intent.

B. Rich Results (previously known as a rich snippet)

Strurctured data markup can be used (such as schema.org) to optimize content for Google rich results.

A local 3-pack is a SERP feature containing a map and a list of three local businesses as rich results. Local 3-packs are usually shown for queries about nearby businesses or organizations.

Users searching for local businesses often have high commercial intent. So scoring a position in a local 3-pack can do wonders for bringing in new customers.

Keep in mind that this SERP feature is only available to businesses with brick-and-mortar locations.

This SERP feature is displayed for any search query that specifically refers to images, or would benefit from visual results. Nearly 23 percent of Google SERPs show images, and that continues to increase.

Unfortunately for businesses, when a user clicks on an image, they’re taken to Google Images, not the website that the image is from.

The example below shows an image pack returned for the query “cat chasing mouse:”

This also works in you favor for Google Image searches. According to Jumpshot and Moz, 27 percent of all searches were for images. And the difference here is that when a user clicks on an image, they are taken to your site.

Google will also sometimes display a carousel of three YouTube videos, like in the image below. A search for “how to change a tire” shows three quick video thumbnails and users can scroll right to view more related videos.

This SERP feature provides an expanded group of links from a specific domain. Sitelinks are usually shown when a user searches for a specific organization or website. Google’s aim is to allow users to navigate directly to the website page they’re seeking.

Vertical search appears at the top of the page when Google needs to pull information from many different categories, such as images, video, or news. This SERP feature is typically shown for queries about topics or locations.

When searching “London,” Google returns a vertical search featuring “Things to do in London:”

This SERP feature is a carousel of the three most recent tweets from a Twitter account. The tweets displayed can include images and links. Users can also scroll to the right to view additional tweets from the account.

The image below shows this SERP feature returned for the query “Shopify Twitter:”

This SERP feature displays breaking news or trending stories related to a search query. Google includes three top stories in the feature, and each contains a headline, image, source-link, and the time the story was published. This feature used to be called “In the news”.

Google’s Featured Snippets are perhaps the best way for businesses to gain exposure in the SERPs organically — and as a result, they’re often referred to as “position 0.”

According to Ahrefs, 99.58 percent of featured snippets are pulled from pages that already rank in the top ten positions in the SERPs. So to stand a chance of achieving position 0, businesses must already rank highly in the SERPs.

Here are the five main types of featured snippets:

To create paragraph featured snippets, Google pulls text and sometimes an image from a page in an attempt to answer the searcher’s question directly within the SERPs.

This is the most popular type of featured snippet, and they’re often shown for questions beginning with “how to,” “what is,” or “why is.” The image below shows a paragraph snippet for the query “why is the sky blue?”:

This SERP feature usually ranks items by number or lists instructions that explain how to do something.

Here is an example of a numbered list featured snippet returned for the search query “photoshop face swap”:

This search feature is almost identical to numbered list featured snippets, except the list is simply bulleted instead. These featured snippets are often shown for unranked lists and the information shown is often pulled from listicle articles.

The image below shows a bulleted list featured snippet returned for a search query about essential oils for colds:

This SERP feature displays images above a table containing information such as statistics and rankings.

These tables will often change in size and layout depending on the search query. And Google will even pull information from more than one source to create their own SERP table featured snippet.

The image below shows a table featured snippet displaying the schedule for reality TV series The Real Housewives:

This SERP feature is pulled from YouTube and often shows a specific clip from a video. YouTube featured snippets are often returned for “how to” questions, or any query best answered in video form.

The image below shows a YouTube featured snippet returned for the search query “how to paint a room:”

Scientific or research-based articles also show up in their own dedicated section on Google SERPs. Here’s what pops up when searching “technology in healthcare”:

Scroll to the bottom of the SERP and you’ll see related search suggestions. These are Google’s recommendations based on the user’s original query — maybe they’ve scrolled to the bottom and haven’t found quite what they’re looking for, so Google is offering a different approach.

These ads are created with Google Ads, and businesses can use them to target specific keywords. They look almost identical to normal listings, but they include a little “Ad” badge before the URL as shown in the image below:

However, Google also displays paid listings below organic results at the bottom of the page. Understandably, these have lower click-through rates and consequently, are less expensive to purchase.

The second paid SERP feature is Google Shopping. These are returned for queries that are highly related to products, and these users typically have a high commercial intent.

They often appear at the top of the SERPs above the organic results:

Sometimes Google will show shopping results in the right-hand sidebar alongside other SERP features and organic results. Here’s what it looks like if you search “fishing”:

Results that appear because advertisers paid money to put them there are called sponsored results. These are typically text ads or shopping results, and you’ll seem Google Ads clearly tagged as such. They may occur at the top or bottom of the page, as well as in the Google Knowledge Graph.

These are the listing of sites that you peruse when you search a query. In the above example, our SEO for Beginners guide represents the first organic result, followed by Moz’s guide of the same name. (Learn more about rankings in How Search Engines Rank Pages.)

Learn more from Google about crawling and indexing >>

Learn about how Google makes money with advertising >> 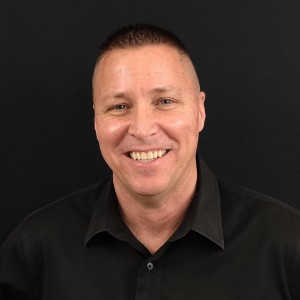 Where are you on your digital journey?

"I'm not showing up on Google."

If you're not showing up on Google, or not in the right places on Google (Maps, 3-Packs, Rich results), you're losing business - it's that simple.  Let's make sure everything is set up properly so your customers and prospects can find you.

Your website is your gateway to the world and, more importantly, your customers.  It represents your brand, tells your story, creates interest and awareness of the products and services you offer, and is potentially a sales generating machine.  If you don't have a website, well, what are you waiting for?

"My traffic isn't converting to leads

You’ve seen those cliff divers leap into a swirling pool of water 10 stories below and make it look easy while spectators are left breathless. Those divers have a process and a plan. So should you. We’ll create a custom digital marketing package around your goals, your budget and your unique situation.

I know I should be doing digital, but..."

We get it. Digital marketing can be confusing with all the techie buzz words and acronyms. SEO. Social media. Landing pages. SSL. Analytics. Boosting. Sometimes the more you read and hear, the more overwhelming digital looks. So where do you start? With a company you can trust to navigate at your pace. We have digital marketing plans that fit where you are today.

That’s great! You’re already ahead of a lot of businesses. You now have a great opportunity to take your social media marketing to the next level. Grow your audience. Increase client engagement. Build your brand. Starting with the Facebook foundation you’ve already created, we will help get you to that next level, where social media become real marketing tools.

What type of website can we help you with today?

Your Digital Marketing
Partner in Success

Your Digital Marketing
Partner in Success